The O.P.E.N. 2016 by Singapore International Festival of Arts grants visitors access to more than 40 arts programmes over 18 days – for only S$45.

There was an article published in The Straits Times last Monday titled Growing pains for Singapore art market. It is really not easy at all to be an artist or an art practitioner in Singapore when her arts climate is… not the most ideal, let’s put it that way. This also gives me a greater appreciation for the good work that the various art establishments are doing to boost the local arts scene.

Speaking of which, The O.P.E.N is back! The O.P.E.N. is Singapore International Festival of Arts‘s pre-festival of ideas to get people talking about the festival’s themes and issues before the main event that is SIFA (taking place from 11 August to 17 September 2016).  The O.P.E.N. was initiated by SIFA festival director Ong Keng Sen when he took over the reins of SIFA back in 2011 – thank you good sir.

After past themes like 2014’s Legacy and the Expanded Classic which looks at the past and 2015’s POST-Empires which looks at the present, this year’s The O.P.E.N. (and SIFA) will come full circle with the theme ‘Potentialities’ – looking into the future. This year’s pre-festival not only celebrates change agents from around the world, but also nudges and reminds visitors that we as individuals also have the same potentiality to be change-makers.

The O.P.E.N will take place from 22 June to 9 July 2016 and once again, for a flat rate of $45 entitles visitors to all of its programmes over 18 days (concession and single entry passes are also available). I’m really excited! Here are my top 10 picks for this year’s The O.P.E.N. RW

Editor’s note: Programmes’ descriptions and photos by SIFA. The theme ‘Potentialities’ was previously written as ‘Potentiality’. The error has since been corrected.

1. I Know Why The Rebel Sings

PHOTO & VIDEO EXHIBITION: I Know Why The Rebel Sings strikingly highlights the impressive range of Iranian photojournalist Newsha Tavakolian. Comprising photographs from her previous series, “Look”, “Listen” and “The Blank Pages Of An Iranian Photo Album”, this comprehensive showcase includes previously unexhibited images of humanitarian tragedies around the world. It highlights the continuum in Tavakolian’s oeuvre, from art to photojournalism. With a focus on the portrait, these two genres are scintillatingly in conversation in her work.

Tavakolian’s talent for making the inner worlds of her subjects come alive is seen in her “Look” series. It captures the people in her building, each individual framed by a window and the detritus of everyday living. Her work refuses to fall into the clichés of expressing Iran today. Instead she gives complexity to these ordinary lives without resorting to narratives of oppression and freedom. This theme is continued in “The Blank Pages Of An Iranian Photo Album”, in which she follows her peers through video portraits and photo albums from their daily lives.

PERFORMANCE: As an artist, how much of your life are you willing to share with your audience? “For eight years I’ve been trying to finish this play,” Marina Otero states. “This is yet another sketch of that incomplete, endless play. It’s made with parts of an old play, confused memories, past lovers and other things I already killed. I now open the doors to show those misplaced secrets, the archived documents, stolen pictures, and my first 30 years reassembled.” See Otero as a child, a teenager, a woman. See her as a daughter, a sister, a girlfriend. Then – a dancer, an actress, a playwright. Yet the query is posed, haunting, teasing: how much did she remember and how much did she invent? Weigh those questions against the undeniable honesty in Remember 30 Years To Live 65 Minutes. Otero’s mashup performance reveals a woman stripped bare, dealing with raw emotions, fighting her demons and struggling to find meaning in this affecting play about her own life.

3. Archaeology of the Final Decade

LECTURE: What is the potentiality of archives for the future? Explore Iran’s rich yet lesser-known artistic past with London-based curator Vali Mahlouji, who is a writer and adviser to the British Museum. Mahlouji founded Archaeology Of The Final Decade, a curatorial and research platform that brings back to life art and culture buried under revolution and social change.

In this enlightening lecture, Mahlouji explores Iran’s cultural legacies now lost by the chaos of the 1979 Islamic Revolution. With meticulous passion and investigative energy, he dissects these ideas through the use of two cultural reference points. The first is Iran’s “Festival of Arts, Shiraz-Persepolis” that ran from 1967 to 1977, a theatre, dance and music showcase with a unique focus on Asia and Africa. Black-and-white snapshots of this arts and cultural extravaganza reveal a rich diversity and cosmopolitan sophistication not often associated with the country. The second is the seminal photographic series, “Prostitute”, by Iranian photographer Kaveh Golestan. These haunting images of women from the red-light ghetto of Citadel of Shahr-e No represent an underbelly deliberately annihilated. The Citadel went up in flames as the revolution unfolded. Many survivors were imprisoned or culturally ‘reformed’; some were sentenced to death. What are the lasting ramifications when huge chunks of cultural memory are brutally erased?

What is the best way to reintroduce lost objects into the public domain, stimulate healthy discourse and encourage reconciliation? Join Mahlouji as he confronts these thorny issues of memory, history and reintegration that have lasting resonance for us all.

4. Riding On A Cloud

PERFORMANCE: The brilliant performance auteur Rabih Mroué’s younger brother was shot in Beirut in 1987, as the Lebanese civil war was winding down. Although the 17-year-old Yasser did not die, the sniper’s bullet pierced his skull and caused partial paralysis and aphasia – the loss of the ability to understand and express speech.

It was this seminal moment that gave birth to Riding On A Cloud so many years later. This mixed-media theatre piece blurs the line between fact and fiction, reality and imagination, truth and subjective perspective, especially with Yasser himself at the centre as the sole performer.

Yasser as victim in a political struggle that riveted the world for decades, Yasser as actor in a fictionalised narrative, Yasser as a character invented by Mroué’s imagination, Yasser as victor in his struggle with language and meaning.

Through the flickering images on stage, the video clips and disjointed fragments of music, Mroué plumbs depth and meaning in shifting narratives, explores possibilities for a post-war Lebanon and, more universally, strikes the chords of memory, representation and the elusive search for truth in all of us.

PERFORMANCE: In Henrik Ibsen’s original “Ghosts”, the character Oswald asks his mother to help him commit suicide. It is this theme that German theatre collective Markus&Markus have chosen to focus on in their version of Ibsen: Ghosts. But don’t expect to see any acting. “We don’t want to see any more actors who pretend they want to die. So we cast a person who really wants to die as our Oswald,” explained the boundary-pushing group. With their radical political performances dissolving the lines between the stage and real life, this theatre company has been one to watch in Europe since 2011.

Markus&Markus find their own “Oswald” in 81-year-old Margot. She travels to Switzerland, where assisted suicide is legal, to die on her own terms. They first meet her in April 2014, spending almost every day of the month with her. On May 1, they accompany her to an euthanasia organisation; they attend her funeral on May 22.

In Ibsen: Ghosts, Markus&Markus reanimate their deceased protagonist through videos, photos and letters. The work is a gut-wrenching and poignant reflection on life’s meaning. Does faithful documentation and ritual celebration of someone’s life ensure a kind of immortality? Maybe. As Margot says: “As long as my story is being told, I am not really dead.”

FILM: Iraqi filmmaker Abbas Fahdel’s Homeland is a richly detailed, unsentimental and yet, unexpectedly cheerful depiction of the everyday hardships in his own family over the one-and-a-half years before and after the 2003 American-led invasion of Iraq.Before The Fall (Part 1) focuses on a group of Iraqis, mostly members of Fahdel’s own family, on their fears and expectations of the coming war. After The Battle (Part 2) picks up after the American invasion and shows its harrowing consequences on the characters. Homeland (Iraq Year Zero) won the Grand Prize at the Visions du Réel festival and Montreal International Documentary Festival, as well as the Award of Excellence and Citizens’ Prize at Yamagata International Documentary Festival.

FILM: Amer and Raghda met 15 years ago in a Syrian prison. They fell in love and, when released, got married. A Syrian Love Story tells the poignant tale of their family torn apart by the Syrian War. When British director Sean McAllister first meets them in 2009, Raghda is back in prison, leaving Amer to look after their four boys alone. But as the Arab Spring sweeps the region, their fate shifts irrevocably. Filmed over five years, the film charts their incredible odyssey to freedom. McAllister (“Liberace Of Baghdad”) received the Grand Jury prize at last year’s Sheffield Documentary Festival for this “Bergmanesque portrait of a relationship and love”.

8. Embrace Of The Serpent

FILM: Karamakate, a powerful Amazonian shaman, dwells in the jungle alone. Decades of solitude have turned him into a chullachaqui, an empty shell of a human, devoid of memories and emotion. His hollow life is shaken with the arrival of Evan, an American ethnobotanist searching for the sacred plant Yakruna, capable of teaching people how to dream. Together they embark on a journey into the Amazon in which past, present and future are intertwined, and in which Karamakate will begin to regain his lost memories. Since receiving the top Directors’ Fortnight prize at last year’s Cannes Film Festival, Embrace Of The Serpent has continued to win acclaim, including an Oscar nomination for Best Foreign Language Film this year.

This heart-wrenching film weaves together stories about undocumented Filipino workers supporting themselves and their loved ones in the Philippines with under-the-counter work in Japan. Middle-aged lovers Benjie and Edward fall for each other in Japan, but keep their love secret from their families. Ageing gigolo Manuel finds it difficult to make ends meet. The saintly Linda lives in Japan legally, but fights with her Japanese husband because she rents rooms to undocumented Filipinos.Imbisibol is directed by rising talent Lawrence Fajardo and produced by Cannes award-winning filmmaker Brillante Mendoza. It has swept seven awards, including prizes for Best Film and Best Director, at Sinag Maynila Film Festival before premiering at Toronto International Film Festival last year.

Feisty 65-year-old So-young is a prostitute who approaches clients with Bacchus, a popular Korean energy drink and the offer of sex. With no savings or family, So-young is one of South Korea’s ‘Bacchus ladies’ – older women in South Korea who turn tricks to make a living. She meets little Min-ho and takes him in when his mother is detained by the police. The boy, who speaks only Tagalog, becomes kin to her, motivating her to work harder. When her disillusioned clients ask her for one last favour, So-young must decide whether she will help them. Never sordid or gratuitous, The Bacchus Lady tells a warm and humorous tale of South Korea’s controversial problem of senior prostitution. 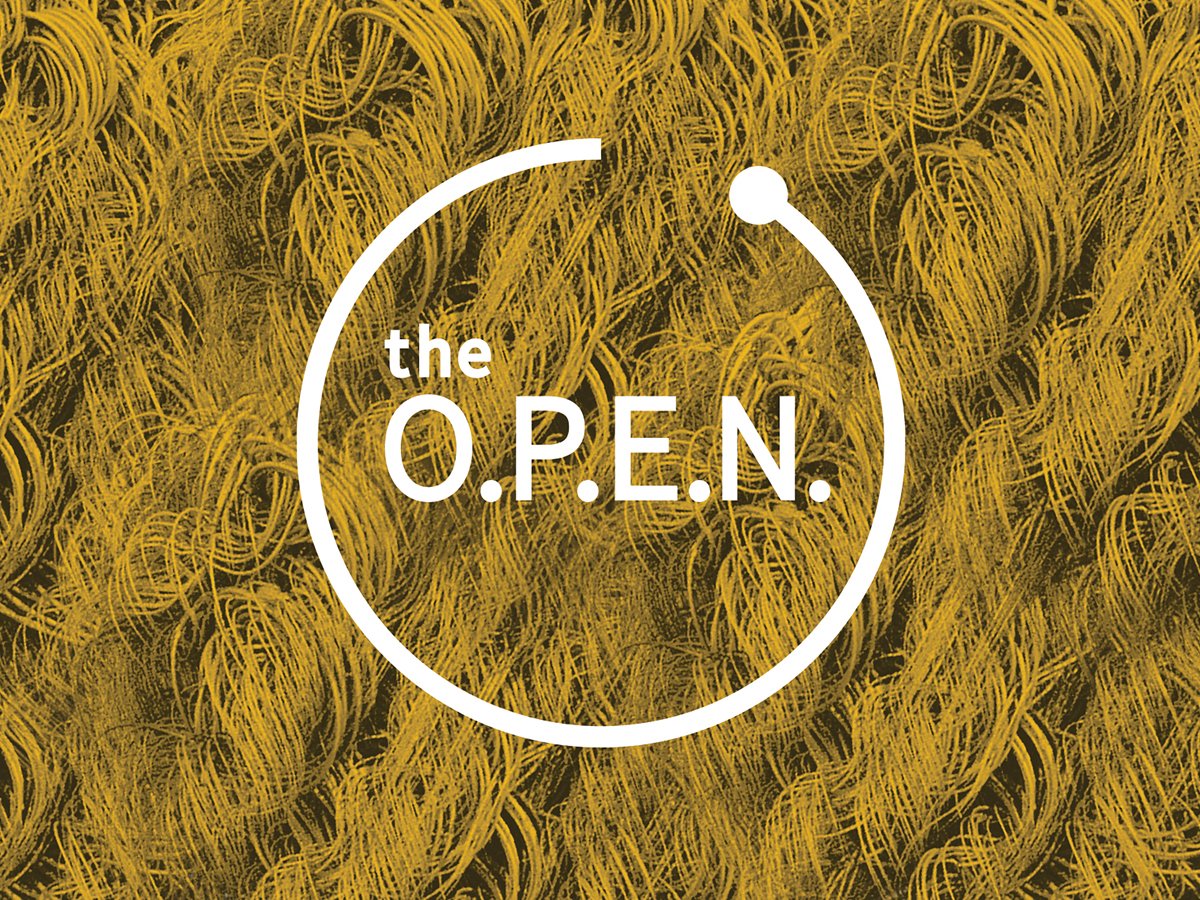 A pre-festival of ideas, The O.P.E.N. is a public engagement initiative from the Singapore International Festival of Arts (SIFA) that offers 18 days of exploration. It raises fascinating questions and offers eye-opening insights about our world and humanity.

The O.P.E.N. connects you with SIFA four weeks before the opening of the Festival. It directs you to consider a breadth of issues and perspectives inspired by SIFA’s annual festival theme. Styled as a popular academy, it presents a curated selection of events through diverse platforms.