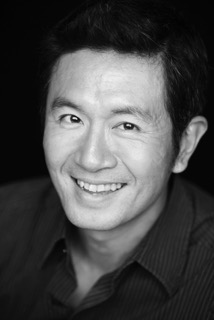 Reuelwrites interviews theatre extraordinaire Adrian Pang on life after MediaCorp, his role as LKY, and his new play about autism.

But there were moments of doubts and struggles even for undoubtedly one of Singapore’s most recognisable and talented actor. Reuelwrites interviews Pang on life after MediaCorp and his new play, FALLING.

Directed by Pang and his wife Tracie, Pangdemonium’s FALLING tackles the taboo topic of Autism Spectrum Disorder (ASD) with brutal honesty, challenging its audience to immerse themselves and empathise with a family dynamic dictated by autism. For more info, visit the link here. RW

RW: Hi Adrian, thank you so much for accepting this interview! I’m a big fan of your work in theatre. You’ve been very busy in 2015, isn’t it? From directing and acting in theatre (Circle Mirror Transformation, Tribes, Chinglish, The LKY Musical) to starring in films (The Faith of Anna Waters, Blackhat), how do you manage [such a busy] schedule like this [and still find time for your family]?

AP: My life is all about work and family. They are my two obsessions, and they keep me sane and make me feel alive. I have actually very little time and energy for anything else. And it works out well because my work with Pangdemonium is a shared thing with my wife Tracie, and my two boys Zack and Xander also both love the theatre, so as a family we are individually and collectively invested in it in every way.

RW: In 2010, you made an announcement that surprised many – that you would leave MediaCorp and start your own drama company. Was it a big risk on your part then? In hindsight, what did you learn from the past six years of running Pangdemonium? If given a choice, would you have walked down the same path again?

AP: After working as a freelance actor in the UK for nine years, coming back to Singapore to become a full-time employee of a TV station was itself a big risk. And after the next nine years working for the TV station, it was an even bigger and scarier risk to say goodbye to a regular income, to start a new business that was not just any regular business, but a theatre company of all things. In Singapore.

In the middle of a global financial crisis. Six years down this very bumpy, winding, pot-holey road, I’m happier now as an actor, as a husband, as a father, and as a person than I’ve ever been. I’m lucky to be doing what I love and loving what I do, and in spite of all the challenges big and small that we face, I love this life and I every day I am filled with gratitude. If I could do it all again, I would have started on this road sooner.

RW: The Straits Times calls your portrayal of the late Mr Lee Kuan Yew in The LKY Musical ‘a stirring performance’. Now that the dust has settled, how did you feel about your role, LKY and the musical after taking on the role of arguably the most important public figure of Singapore?

AP: Apart from my work with Pangdemonium, I’m also a jobbing actor for hire, and the offer of the LKY gig was something that I was able to fit into my schedule in between Pangdemonium’s shows, so it was a very pragmatic decision to take it on. Of course because of the very nature of this specific role, there were all kinds of baggage and pressure and expectations that came with it, so I had to shut all that out, and just get down to doing my job.

I’m just relieved to have survived it intact – although I almost didn’t the night I ran into the underside of a metal staircase backstage and did the last twenty minutes of that performance with blood streaming down my face. Politics, eh?

RW: I understand that you are working with local autism associations to produce ‘Falling’, Pangdemonium’s second theatre production for 2016… Could you tell us a little about this new play that you are directing and starring in? What did you learn about autism both the good and the bad?

AP: First of all, the autism spectrum is so wide that no two persons with autism are alike, and one person with autism cannot be representative of the condition. And a lot of the time, the person with autism is so much the focus that their caregiver becomes the one to suffer in silence. Most families untouched by special needs will never have a clue about the hell that these families live through day by day. And they get so little support or even basic understanding from the public and even friends and extended family members.

Very often, an individual with autism can really test the patience and endurance of his/her caregivers, and FALLING demonstrates how a family can be pushed to the edge of despair and desperation. And what happens in the play may make some people feel uncomfortable or even disturbed, but this is the reality for some families.

And what is most remarkable and very real is that this family in FALLING (like so many real families in similar situations) is soldiering on, with bruises but also with resilience, with tears but also with a sense of humour, and with pragmatism but also with hope. And through it all, loving unconditionally. They really are heroes.

RW: You staged Tribes – a play that dealt with the theme of deafness – last year. This year, there’s Falling that looks into the world of the autistic. Are we seeing a trend here?

AP: Yes, if you look at our body of work over the last few years, the so-called “trend” is to tell stories that affect us all in ways that we perhaps don’t realise should affect us, stories that are relevant and resonant to our community that we are perhaps not even aware of, stories that show us another side of life that we perhaps choose to ignore, stories that celebrate struggle, survival, compassion, empathy, and life itself, stories that make great theatre and at the same time open our eyes and minds and hearts, that make us give a damn about someone and something else apart from ourselves and our lot, to dare to change what we feel needs changing, and be thankful for the good in our lives. That is Pangdemonium’s mission.

RW: Finally, tell us in your own words why Singaporeans should catch Falling?

AP: This story needs to be told to as many people as possible because – apart from it being a brilliant family drama about unconditional love – we need to get the message out there that there are individuals in our community living with autism who need our understanding and acceptance, and our genuine, tangible efforts to help them assimilate into our society. At the same time, and perhaps just as importantly, their caregivers need much more empathy and support. FALLING is really a unique piece of theatre that we hope will reach out to everyone and make a difference.

Tami and Bill are ordinary parents doing their best to bring up their two teenage kids – Lisa, 16, full of attitude and angst; and Josh, who demands extraordinary attention, because he’s an 18-year-old boy with severe autism. Family life is a precarious balancing act revolving around Josh, his routines, his obsessions, and the rigid set of rules that have been created for them to get through each day.

When this delicate balance is shattered by the arrival of a visitor, impossible choices have to be made, and it literally becomes a matter of life and death for this family. FALLING is an electrifying and enlightening family drama that shatters unspeakable taboos, explores the lives of a misunderstood and marginalised minority in our society, and examines the meaning of unconditional love.