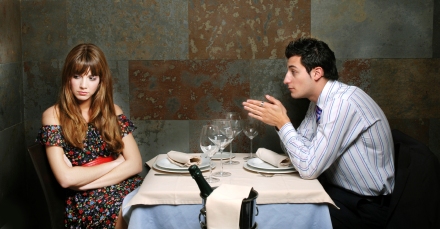 Reuelwrites goes undercover at a dating event and weighs in on the top 5 myths surrounding singles’ dating events.

Finding the right one can be a pressurising affair in 21st century Singapore. For most singles of marriageable age (21 years and older), we are reminded by our aged relatives at every Chinese New Year almost without fail. Of course after you find the right one, there are also other levels (read: pressure) to pass such as getting married, have a kid, and then more kids. But we will save that topic for another day. The minimum threshold to ‘saving one’s face’ (read: avoid humiliation) is to get married and the fear of being ‘left on the shelf’ is very real.

But what happens when you are a good number of years past the ‘marriageable’ age? What if there’re no potential singles of the opposite gender in your workplace and circle of influence? Gone are the days where your mom will arrange blind dates for you too. Uh Oh. What do you do then?

Would you maybe.. try a dating agency?

Screams someone from across the room. That’s like telling everyone, “I am a failure who can’t find my spouse without using a dating agency.” And then there are other thoughts like “Dating events are ineffective”, “What if someone finds out?” or “The people there are ‘not good’ one leh (often what we mean is not rich, pretty or handsome)” Social stigma and stereotypes are still very much prevalent in Singapore but this is not good news for the country even as more people are marrying later, or not marrying altogether.

Honestly, I am a sceptic myself when it comes to approaching a dating agency for help. But the good people at Love Express and Relationship Studio approached me to come check out one of their dating events. So I thought, “Why not? No harm in going for one, right?”

Here Are My Thoughts On The Dating Event.

I will also examine the top 5 myths surrounding dating events. *Names of actual people mentioned in the story has been changed.

The high-tea event was held at a rather atas restaurant in central Orchard. Once there, we are given a list of names of the other attendees and some writing materials to exchange our contact info with the opposite gender. We are then seated by the organiser at one of the tables. Once done, I’m on my own. There are equal number of ladies and gentlemen at each table and I have to break the ice with the lady seated opposite me to get things going. Taking away the initial daunting fear that I had to be very extroverted, the conversations weren’t for the most part, boring at all.

You will meet people with rather interesting backstories and similar interests. I met Matilda, a good looking banker who shares the same interest as me; backpacking. She shared that she’s backpacking to Europe the following month (I think she’s in Amsterdam now). Of course high-tea isn’t the only event organised by dating agencies like Love Express. There are many different activities for you to participate in; from outdoor adventure activities to movie outings and such. Click here.

I’m not so sure about other dating agencies. For Love Express, once past a certain time, it’s off to the next table (the guys will do the moving) and you have to start your self-introductions again. According to Glamour, an average woman will kiss 15 men (doesn’t say if they are in a relationship but let’s assume half are) before finding the right one. I’m going to double this amount to 30 people for both the men and women whom you will have to meet before finding your right one.

Assuming that you are a shy-shy type and you won’t talk to any other ladies or gentlemen other than the one opposite you at the dating event, you would have met at least ten other singles who are more or less ready for a serious relationship. The odds of you finding the special someone in one meeting isn’t too bad at all. Okay, my logic is very flawed but you get what I mean right?

I’m not going to sugarcoat my words. There will be some attendees you would love to spend more time with, and some you wish you don’t! It will work either way but that’s the fun part about the event isn’t it? You will never know what kind of person you are going to meet and talk to next.

“What about that lady/gentlemen I wanted to spend more time with?” Well, you do have his/her number don’t you? Time to make a move.

The event that I went to was not held at some coffeeshop hor. It was held at a rather expensive restaurant. Besides paying the membership fee (which happens to be waived when you join before December 2015 – you can thank me later) the high-tea event costs only $49.

The cost for dating events and activities varies depending on what you signed up for. But personally, I think the price is justifiable since you will be meeting other paying singles who are serious about dating and meeting new people. And let’s say you do meet the right one at such an event, he or she has the financial capability to proceed with the wedding too.

4. ‘Only Losers Go To Dating Events’

This is perhaps one of my biggest bias. I mean, we are conditioned to desire living the ‘perfect life’. Anyone who uses a dating agency has got to be quite a failure isn’t it? Wrong. Through the multiple conversations with the attendees, I found that many of these attendees are actually doing quite well. One of the guys there hold an MBA while another works for a research company at Biopolis. As mentioned earlier, there’s Matilda the banker, Janet the HR manager, Cherie who’s working in the compliance line.

I didn’t have the chance to talk to Cindy who was seated next to me until just before I was about to leave my seat for the next table. Interestingly in that short minute or so, we discovered that we both love the arts. Cindy is a drama teacher and she is also very enthusiastic about the Singapore International Festival of Arts! I asked if she caught Dementia and she lamented that she couldn’t catch it because her students can’t watch a M18 show. Unfortunately, I had to switch tables in the absence of time, but it was the best conversation on the arts I have had with someone in a while.

Many of the attendees fare well in looks too. Often it’s not that these individuals aren’t capable, but they have placed their priorities on their career than on finding the right one during their younger days. As cost and standard of living increases, more Singaporean men and women are opting to focus on their careers before starting a family. You would also be surprised to find younger men and women (in their late twenties) at such events.

5. ‘Nothing Materialises From A Dating Event’

No dating agency – in their right mind – will ever promise that you will find the right one while using their services (that’s subjecting themselves to a lawsuit if you don’t find one). But that doesn’t mean you can’t make new friends and meet new people. The organiser sets a time for us to mingle with others at each table before informing us that we are switching tables. I thought that what was nice was that, regardless of whether you meet someone interesting or not, everyone’s nice and courteous to one another.

Lionel who works for the biotech company shared that he finds these events fruitful because he gets to meet new people even if he doesn’t find the right one in that particular event.

All in all, it was an interesting experience for me personally. These dating events are definitely helpful for Singaporeans who are increasingly cash-rich and time-poor. The stereotypes pertaining to dating events will remain, but those who desire to find love shouldn’t be deterred by other people’s opinions. After all, it’s your own happiness you should be concerned about, not the opinions of others. RW

Founded by Ms Deon Chan in 2007, Love Express is one of the leading event-based accredited dating agencies in Singapore. Love Express organises more than 100 events each year and has since reached out to over 10,000 singles in Singapore. For more information, visit www.loveexpress.com.sg.

Ms Deon Chan, an accredited dating practitioner, has been interviewed and quoted by major news media; Straits Times, Business Times, MyPaper, Today et cetera, as well as leading magazines (Her World and 8 Days). She has also been invited to Radio programmes (MediaCorp Love 97.2FM, Kiss 92 and LIVE 93.8),  and TV programmes (Good Morning Singapore and Frontline) to share about her experience and insights about helping singles to date successfully.”

Founded by Ms Cindy Leong in 2013, Relationship Studio is a date coaching agency committed to helping singles excel in all areas of their personal and professional relationships, from dating to marriage as well as relationships with colleagues and superiors. For more information, visit www.relationshipstudio.sg.

Cindy is an SDN-Accredited dating practitioner, dating and relationship coach. Cindy is also a writer for online Sex & Sexuality Magazine, SimplySxy, and has published her first book “SuffeRing or ConqueRing – Happy Marriages in Singapore”. She has been invited by several radio stations and magazines as a guest consultant to provide insights into the seemingly simple yet complex local dating industry.