Reuelwrites speaks to the Mad Chinaman himself in an exclusive email interview.

Reviving his legendary show, The Adventures of the Mad Chinaman, the one-night only concert to be performed at the Esplanade Concert Hall on 22 September will see Dick Lee bringing back his sold out show.

Singapore’s favourite singing sensation is a name befitting the music juggernaut known as Dick Lee. Lee first gained regional prominence when his 1989 album The Mad Chinaman achieved platinum status in Singapore. Lee chalked up accolades after accolades since then. 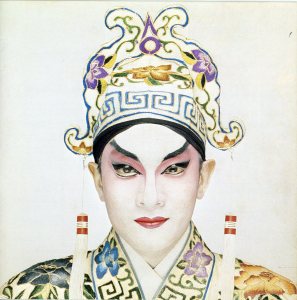 It was also the Cultural Medallion recipient who composed the heart-stirring 1998 National Day Parade song, Home (家) performed by local singer, Kit Chan. The song remains as Singaporeans’ top favourite NDP song of all times, with it being sung most recently by Chan at the SG50 National Day Parade. Lee also composed the songs for the 2015 sold-out show, The LKY Musical starring Adrian Pang and Sharon Au.

The Adventures of the Mad Chinaman was first performed in 2011. The concert performance recounts his incredible musical journey from his childhood in the ‘60s to the debut of his 1989 alter ego, The Mad Chinaman. Reuniting with renowned director Jonathan Lim from the show’s debut staging, the upsized version will be greater and grander than ever before.

Check out my interview with the man himself below. RW 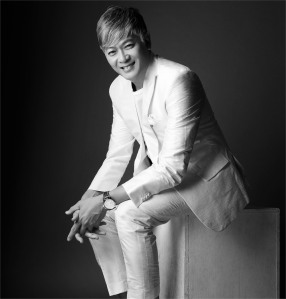 It’s a pleasure to interview you. Before we proceed further, I would like to extend a big CONGRATULATIONS to you for a resoundingly successful The LKY Musical! The music scores were a perfect fit for the musical.

The first three you named are all linked to music, so I’d say music, as its my first love, and my most reliable means of expressing myself.

I can’t ride a bicycle.

The first production ended in 1990 when I went to Japan, but this year’s show goes further to reveal my exploits in Japan and Hong Kong. I still end the show at around the late nineties so that I have more material for my next run.

The whole show is about how that came to be, so I suggest you watch the concert to find out. (You can also read my autobiography upon which the show is based). Anyway, the Mad Chinaman is the name of my breakthrough album released in 1989.

The release of ‘The Mad Chinaman’ was the turning point in my career. After its success, I was able to go full-time into music (I ran an events company prior to that), and it also launched my career in Asia.

There have been several moments in my career when I was unsure if music was the right choice for me. However, these moments forced me to re-invent myself, and opened up new doors and broadened my experience.

The 2011 production was very intimate as it was held in a much smaller venue. This time, I need to fill the Esplanade Concert Hall with my songs and story, and I have a nine-piece band to help me with the music. But as for the story-telling part- well, I’ll just have to rely on my personality to pull it off.

Dick Lee The Adventures of the Mad Chinaman Upsized

Dick Lee brings back his sold out show which recounts his musical journey from his childhood in the 60s to the debut of his alter-ego The Mad Chinaman in 1989. Illustrating his story with songs from his 40-year career, the UPSIZED version features a band of Singapores top musicians and an extended storyline which includes his adventures in Asia as The Mad Chinaman.