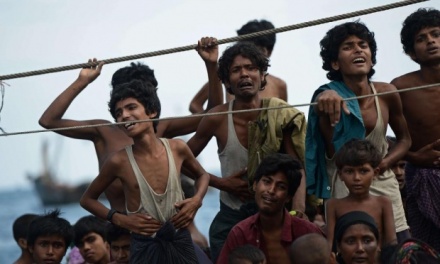 20 MAY 2015 UPDATE: Indonesia and Malaysia has agreed to offer 7,000 migrants temporary shelter. But with more than 140,000 migrants believed to have been displaced, countless many might not fall within the 7,000 figure.

“My people are rotting. Our kids are hungry and thirsty. It’s been seventeen years of oppression and we still don’t have peace.” These are not the lines from a movie film or play.These are words from a Rohingya refugee. By now, many of us would have at least heard of the plight of the Rohingya Muslims also known as the ‘boat people’.

They are branded as one of the most persecuted communities in the world by the UN, yet nobody knows their name. They are the forgotten people. In recent weeks, the escalating violence has displaced more than 90,000 Rohingya people. Villages are being burnt, people are being abducted, concentration camps are being created, women are being raped and children mercilessly killed. The persecution against the Rohingya can be described in no other terms but that of ethnic cleansing and genocide.

Forced into a corner, the Rohingya make a desperate attempt to travel to Thailand, Malaysia and other neighbouring countries for survival only to be rejected entry.The United Nations estimates more than 100,000 Rohingya have fled Myanmar by sea since ethnic and sectarian violence erupted.

As I read every piece of news reports about the Rohingya, I ask myself this question – “What am I going to do about it?” 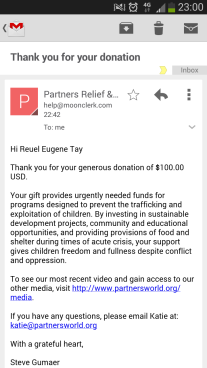 I have decided. I have decided to put my money where my mouth is. I have donated US$100 to Partners Relief & Development. I will also donate US$1 for every share of this post on Facebook, capped at US$100.

I’m not rich, far from it. I am not even a Muslim. While I may be a Christian, the value of life supersedes religion, race and language. Beneath the skin, we bleed the same colour.

You can also take matters into your own hands.

Here’s how you too can help:

1. ‘Donate’ your Social Media accounts to the Rohingya

Partners Relief & Development’s team has put together a series of images on their Facebook to let your friends and family know that you are passionate about helping the Rohingya. Like, share and use this picture for your Facebook cover picture to encourage your family and friends to do the same. Join them and worldwide activists in their efforts to give a voice to the otherwise forgotten people.

Produced by a studio back in 2012, Rohingya – The Forgotten People shows the current situation of the Rohingya less the media smokescreen. You can create further awareness by sharing this video with your friends and family: https://www.youtube.com/watch?feature=player_embedded&v=rLlh2WpTqj0.

Thank you for your compassion.