Who could have thought Five time World Cup Champion Brazil would lose to Netherlands (Holland)? In my opinion, this is one of the biggest, if not The biggest upsets in this year’s World Cup. Brazil spotted a defensive and ‘impenetrable’ formation early during the group stages, banging on their defense and counterattack for the win.

All that paid off until they met the Dutch. Brazil and their coach, Dunga was and is still being hit by waves of criticisms from critics and fans prior to today’s match upset when Dunga allegedly did not add FIFA World Player of the year (2004) Ronaldinho to his squad. Many believed it was due to differences of some sort. But I personally feel that personal opinions should always make way when it comes to looking at the bigger picture, for the greater good. 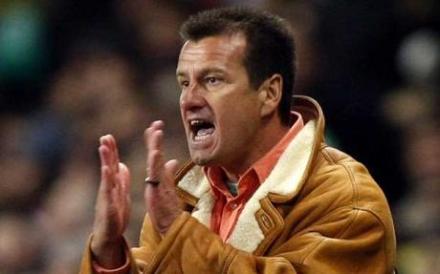 Dunga was also heavily criticized by fans all over the world for turning Brazil from the beautiful attack-styled strategy to a poorly supported defense strategy. While it has shown its potency in the previous matches, the formation and strategy has clearly shown the deficit: ‘A tiger without his teeth’. Everyone knows Brazilian players, even the normal Brazilian you find on the streets of Brazil live and breathe football. They don’t just play football, they dance football, many say. The risk taken by Dunga have finally cause Brazil to pay the ultimate price.

Even with Robinho’s brilliance (in scoring at the 11th minute) and with Kaka in the team, that was far from sufficient to make up for the loss, not just in scoring the equalizer, but in creating the space to score. Without Ronaldinho’s creativity and with a strategy doomed right from the start, Brazil was doomed to oblivion from 53rd minute onwards when Felipe Melo scored an own goal, showing the mess of their disrupted formation, ingeniously broken through by Holland. It was all over when Sneijder scored at the 68th minute. 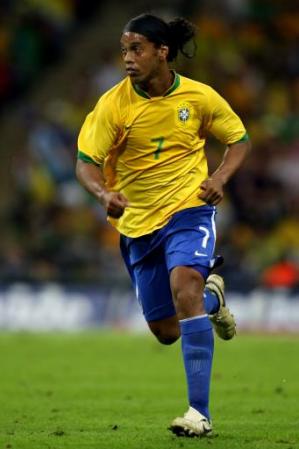 My thoughts? Brazil was a letdown, not because of an incompetent coach, but a coach with the wrong strategy. Never take a fish out of the water and expect it to walk and breathe on land. In this case, never make a mess out of Brazil’s natural flair for their mesmerizing attacks, especially when the hope of an entire nation rest upon your shoulders. All you would get is the opposite of the desired outcome; end of the road.

One thing’s for sure, Coach Dunga won’t just be ridiculed for his ‘uncool’ name, but also ridiculed for his failed strategy. Prepare to face the firing squad (Press and media) after today, Mr Dunga. Looks like his career would take a dive?

Try again four years later, Brazil. This time, bring Ronaldinho back, even if he is 34 years old by then.

In any case, my bets for the win would be Argentina in tomorrow’s match between Argentina vs Germany. Though my heart wants Argentina to win, my mind reasons that Germany would win! Gosh! Argentina please win! C’mon Messi! C’mon Argentinians!

4 thoughts on “End of the road for Soccer Nation, Brazil”